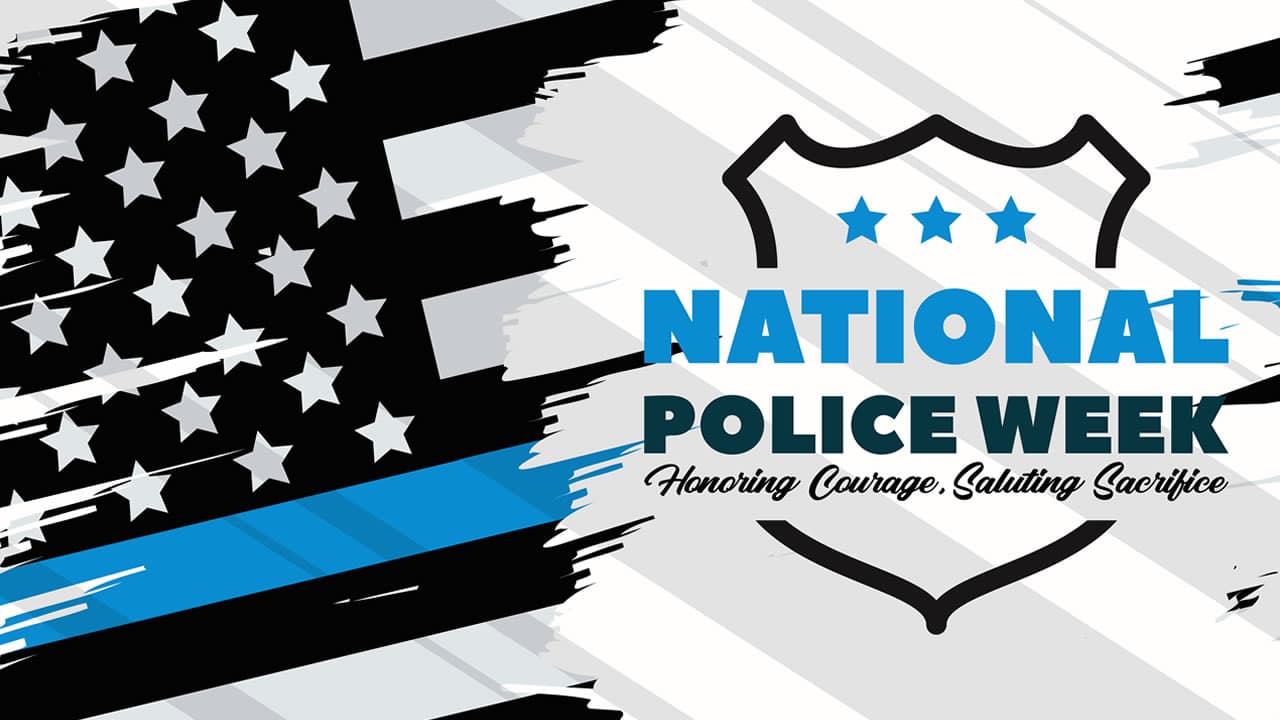 Twenty-two thousand two hundred and seventeen. This is the number of law enforcement officers that have been killed in the line of duty since the first recorded police death in 1786. Their names are engraved on the walls on the National Law Enforcement Officers Memorial in Washington DC. This monument was built, and is funded and maintained by the National Law Enforcement Memorial Fund.

Every year tens of thousands of law enforcement officers from departments throughout the US and agencies from around the world gather in Washington, DC to celebrate Police Week. Although many of the week’s events are based around paying tribute to those that have made the ultimate sacrifice, including a candlelight vigil and wreath laying ceremony, these events, open to all law enforcement personnel, also provide an opportunity for officers to meet those they are serving alongside.

This year, due to COVID19, the FOP has made the decision to cancel the annual celebration, for the safety and wellbeing of all those involved. Here at Solaren, we are spending the week giving special recognition to our law enforcement officers. With more than 200 officers on the Solaren team, they are each an integral part of our company, and we are grateful for each and every one of them. From all of us at Solaren, we say thank you to the men and women that put their lives on the line every day to serve and protect their communities, and to the men and women that have fallen in the line of duty.

Destiny joins Solaren as Security Field Operations Coordinator where she will work hand in hand with Patrick Putt on all direct relations within our security division.

Nashville Pride Returned To Its Traditional June Weekend For 2022

A record-breaking number of people packed Broadway Sunday night to watch one of the largest fireworks shows in the country and Solaren Risk Management played a pivotal role in the Safety and Security of Music City U.S.A.

This week, Solaren Risk Management completed their annual Leadership Team Retreat. This year’s retreat had been a work in progress.

If you ask any member of the Solaren leadership team, what the most valuable asset to our organization is, they will undoubtedly answer, “our staff.”