Solaren is a Leading Provider of Security & Police Personnel based in Nashville Tennessee & provides services to the Southeastern United States.
View Bio's

Solaren Risk Management was founded in early 2017 by two friends, Jack K. Byrd III and Curtis E. Dodson. Solaren Risk Management has proudly delivered unarmed and armed security services, off-duty police services, and investigation services for commercial and government clients. Our presence ensures the security of people, properties, and assets. Our Officers share an unwavering commitment to safeguard every post under our watch. Solaren is a leading provider of security and police personnel in the state of Tennessee and the southeastern United States. Let us serve you today. 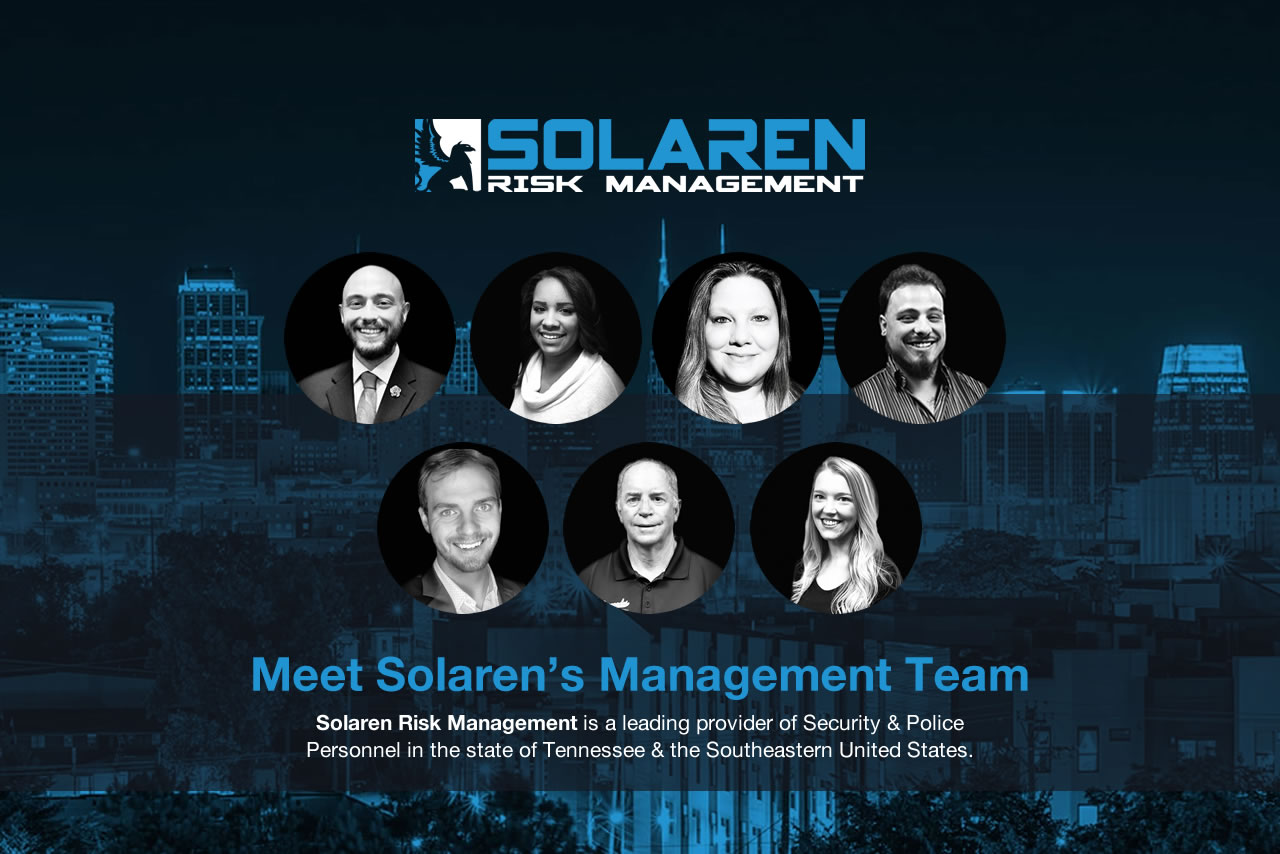 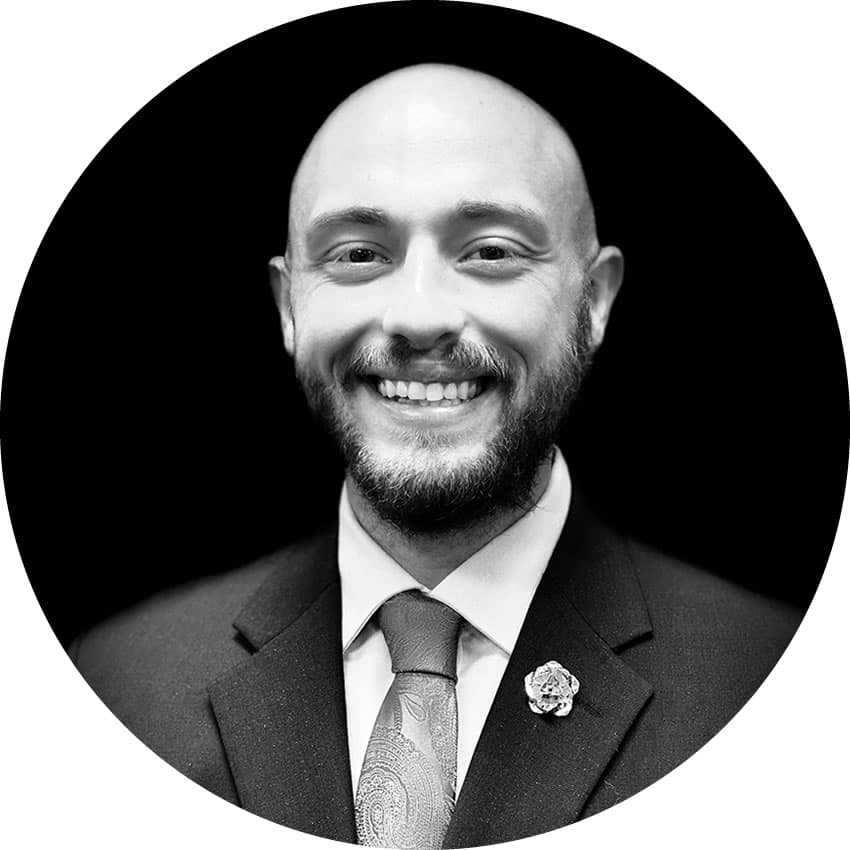 Jack K. Byrd III was born and raised in the middle Tennessee area. He graduated from Wilson Central High School in Lebanon, TN. For his undergraduate degree he attended Trevecca Nazarene University in Nashville and obtained a Bachelor of Science in Public Policy. Byrd attended graduate school at Cumberland University and obtained a Master’s of Science in Public Service Management. At 19 years old Byrd began his career with the Davidson County Sheriff’s Office where he worked as a paid intern. Upon his 21st birthday the DCSO sent Byrd to their training academy. Byrd was promoted to Corporal upon his one year anniversary with the DCSO. Byrd was moved to the Armed Services Division where he was responsible for the transportation and movement of inmates. Byrd was reassigned for various innovative community projects for extended periods of time. Some of those assignments were “Toys for Tots” and the “Sober Ride Campaign.” In 2014, Byrd joined the ranks of the United States Marshal Service as a District Officer.

In 2015, Byrd was named the Ambassador of the Year for the Davidson County Sheriff’s Office, the highest honor the agency has. Jack and his business partner business, Curtis Dodson began imagining Solaren in late 2016. In June of 2019, Mr. Curtis E. Dodson announced his retirement from the firm. As CEO, Byrd has focused on accelerating growth and helping to achieve the vision of becoming a truly national company. Byrd directs the law enforcement division of Solaren which has over 200 law enforcement officers, operates in 5 states, and performs various functions such as security, road closures, and logistics defense. Byrd also serves as the chairman of the Growth and Development Board for Solaren. Byrd is a member of the Nashville Chamber of Commerce, the Nashville Convention and Visitors Bureau, and the Crossings Nashville Action Partnership. He lives in Antioch with his fiancée Kathleen and their dog “Ranger.” 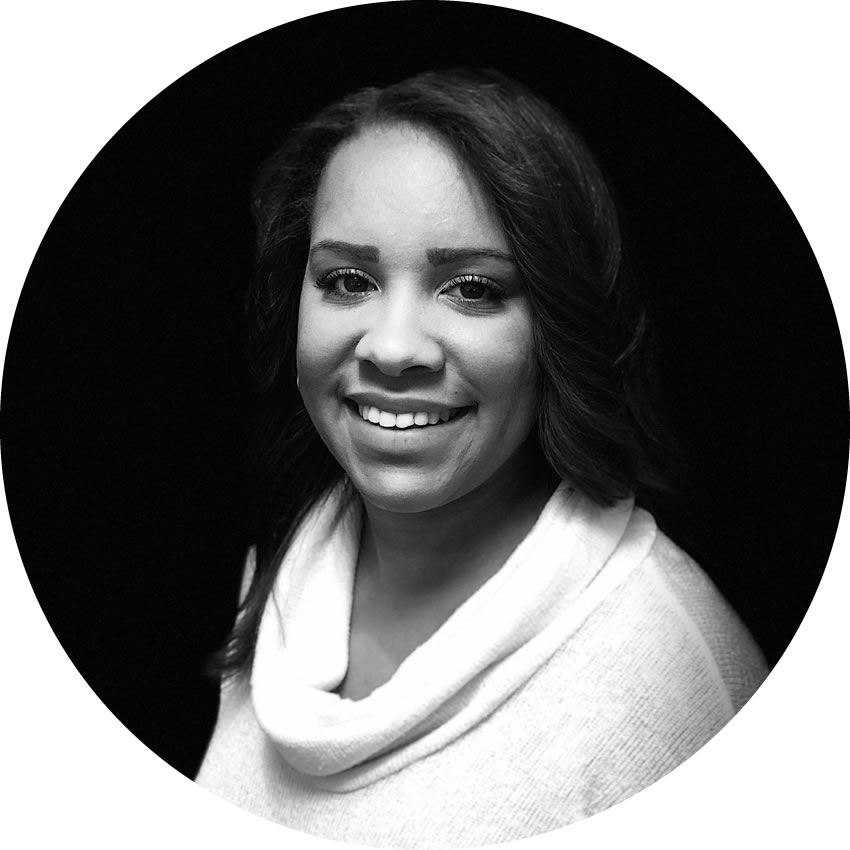 Bethany Gill joined our team in December of 2017. Bethany is originally from Lexington, KY but has lived in Nashville since she was 7. She graduated from McGavock High School and moved back to Kentucky to attend WKU for her freshman year of college, majoring in Animal Science. After a year, she decided to return to Tennessee and moved to Murfreesboro to attend MTSU where she continued with the same major. While at MTSU, Bethany was an active member of Zeta Tau Alpha, serving as Philanthropy Chair. Since graduating Bethany has joined the Murfreesboro alumna chapter of her sorority, and currently serves as their Fundraising Chair. She has now moved back to Nashville, where she lives with her boyfriend Leon, and their 3 dogs, Harley, Charlie, and King. They hope to soon have a home with a yard, so they can adopt more dogs. Bethany started at Solaren in December of 2017 as an Executive Assistant in the Security Division where she handled all security scheduling and payroll. As Solaren grew, Bethany transitioned to fill the position she currently serves in as an Administrative Support Analyst. In this position she supports business development and various other administrative missions. Bethany currently serves as the Chairwoman of the Staff and Officer Appreciation Committee for Solaren. She hopes to continue with Solaren as the business grows and flourishes. 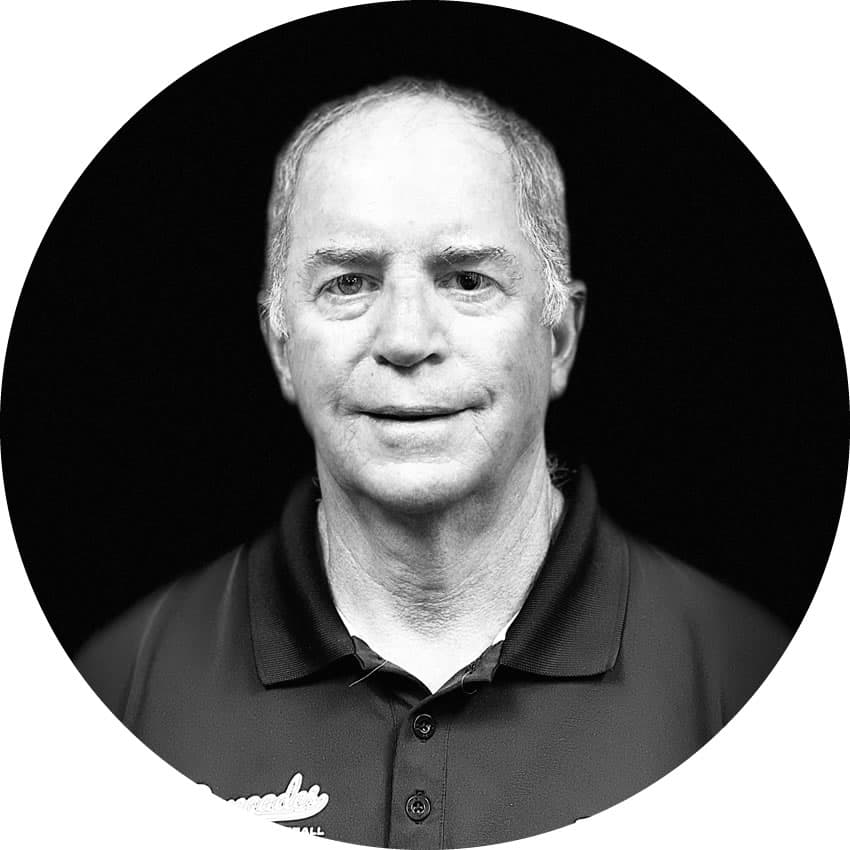 Dana Weybrew is a native of Waterford, CT, where he graduated from Central Connecticut State University. In his home state, Dana amassed professional experience in multiple industries, spending a few years in the Group Travel business, working in administration for a professional sports franchise, and coaching high school baseball for 8 years. In 2010, he moved to Nashville, and settled in the Donelson area where he still lives with his fiancee, Kelly. They enjoy spending time with their family, and are looking forward to the arrival of their 9th grandchild. Dana joined the Solaren team as our Traffic Control Field Operations Coordinator in spring of 2020. Having started in the traffic control industry as a flagger when he moved to Nashvillle in 2010, Dana quickly worked his way up to Assistant Facility Manager and Traffic Control Trainer. When he made the decision to come to Solaren, we knew his many years of experience would make him the perfect addition to one of our most rapidly growing divisions. In this role, Dana works primarily in the field where he can lead and mentor our traffic control team, ensuring their work zones are in compliance with our safety standards and the MUTCD. He also communicates closely with our clients to ensure their traffic control needs are being met. Dana’s experience and leadership in this field has been invaluable in the short time he has been on our team, and we look forward to seeing how he continues to guide our staff, and grow this division! 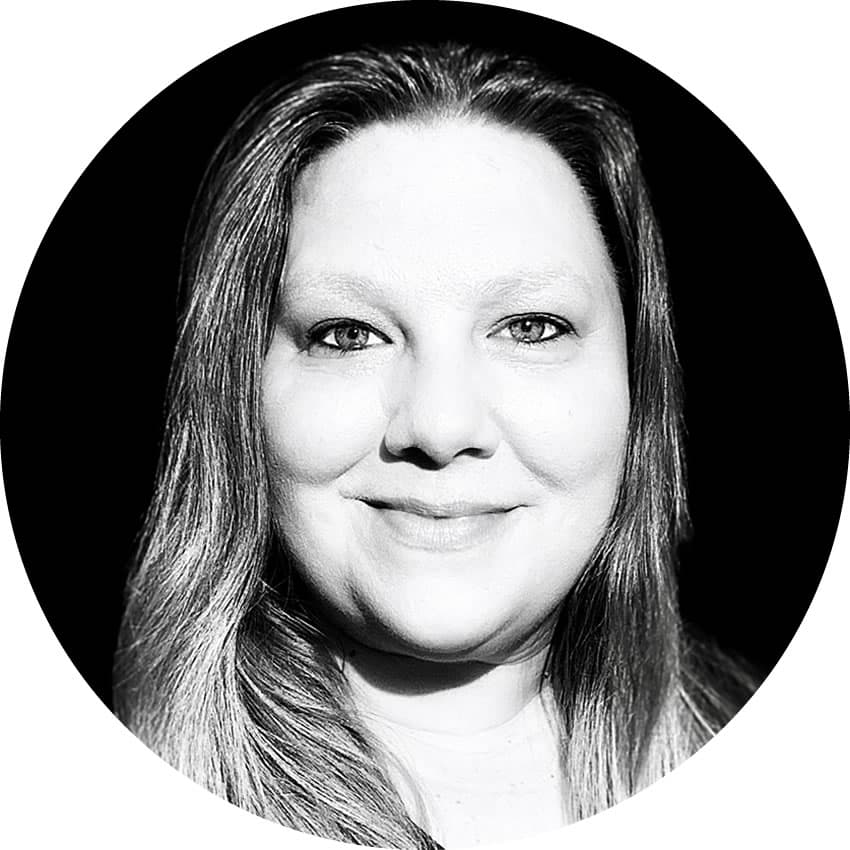 Chrissy Murphy is originally from North Carolina, but moved to Tennessee 19 years ago to be closer with her family. She will tell anyone her greatest accomplishment in life is being a mother to her two kids, Lilly and Gavyn, who bring her immense joy even when they drive her crazy. In her spare time Chrissy enjoys photography, playing board games or cards, traveling – especially to the beach, spending time with friends and family, cooking or catching a Preds game. Chrissy joined the Solaren team in summer of 2019. She started in our Accounts Receivable/Accounts Payable department, overseeing billing and payroll. As Solaren has grown, a need for a Human Resources Manager developed, and we felt Chrissy would be the ideal person to fill that role. Before Solaren, her career background has been in HR, mainly serving in the public sector. In this position Chrissy will recruit new hires, maintain benefits and payroll, mediate conflict, and engage in training and development. 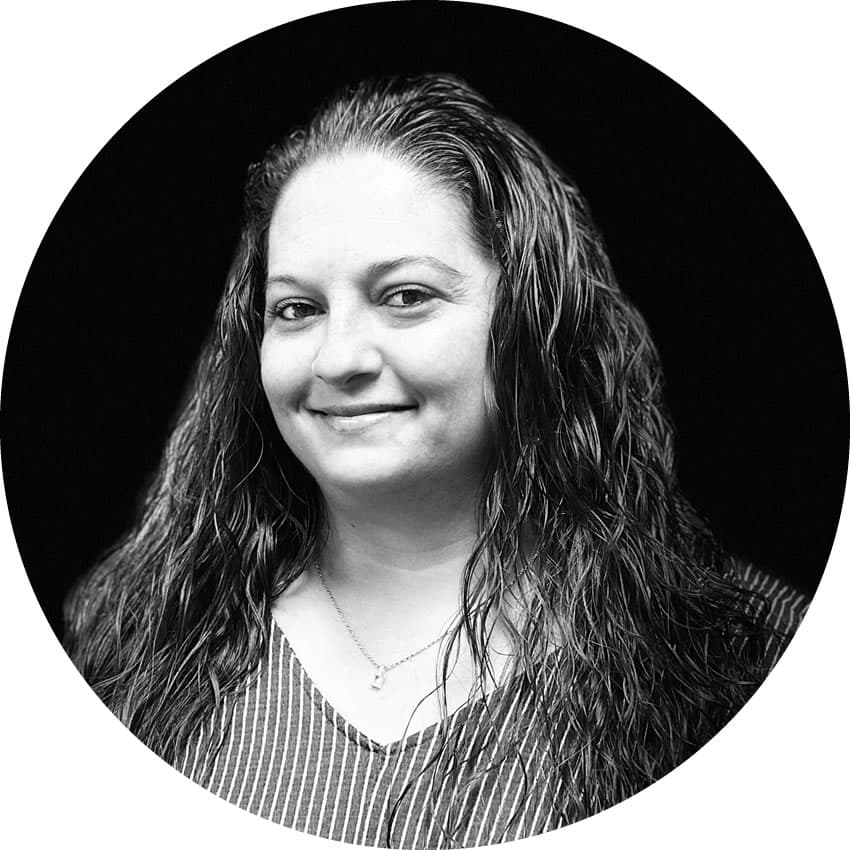 Hydi Van Avery was born and raised in Ft. Lauderdale, FL. Growing up, she enjoyed playing softball, where she was a stand-out left-handed pitcher. She began working in the hospitality industry and soon realized she had an aptitude for customer relations and fast-paced work environments. Hydi and her daughter relocated from Florida and joined her family in Nashville in 2008, where she became a manager for a well-known family-owned restaurant. She purchased a home in Mt. Juliet, TN where she currently lives with her two daughters, Sienna and Gracelyn, her boyfriend Joe, two rescue pups Memphis & Belle and a free spirited cat named Elvis. Hydi enjoys spending her free time with family and traveling to new places. Hydi joined the Solaren team in February 2020. In her role, Hydi will be an integral part of the traffic control division, her responsibilities include scheduling, payroll, customer relations, and hiring. She will also take over our permitting services where she will work closely with Metro Public Works to obtain right of way permits for our clients. Hydi is excited to start a new chapter in her career where she can continue to be of service to the Nashville community and looks forward to growing with the Solaren team.” 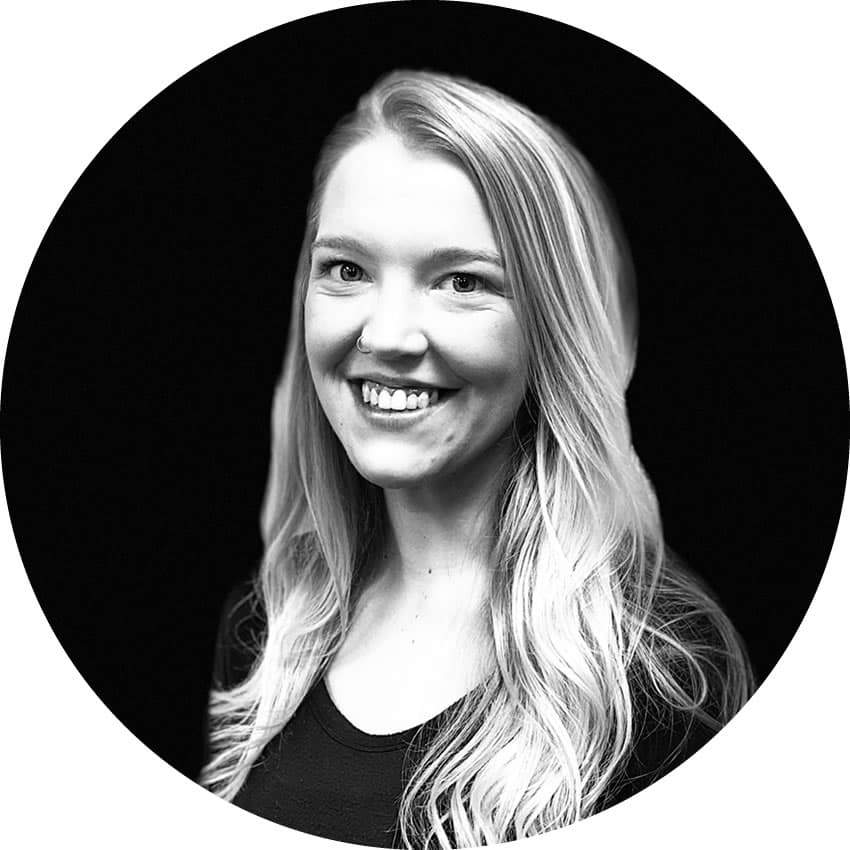 Destiny Gleaves was born and raised right here in Middle Tennessee and now resides in the Hermitage area. Growing up she loved to dance both for fun and competitively. With a driven passion for children in foster care, she is currently working towards an Associate of Science in Sociology at Volunteer State; with the hopes to continue her education and obtain a law degree. She is the proud mom of three wonderful fur babies; Xander a 6 year old pitbull boxer mix, and 2 kittens Pip Squeak and Sebastian. When she has time to unwind, she enjoys reading, dancing, and being with her friends and loved ones making memories. She is also huge fan of the University of Alabama, ROLL TIDE! Destiny joins Solaren as Security Field Operations Coordinator where she will work hand in hand with Patrick Putt on all direct relations within our security division. Her deep compassion for others as well as her work ethic and dedication make her a remarkable fit for this role and for our team. 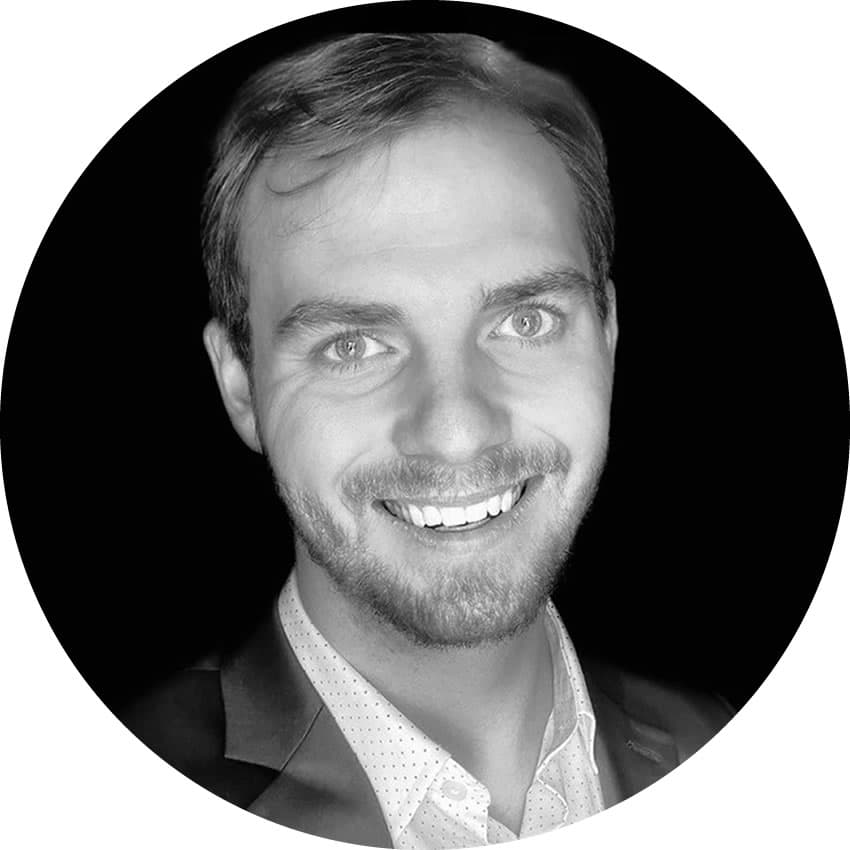 Freeman Arthur is a native of Ripley, Tennessee where he grew up on a family farm. He spent most of his childhood playing baseball and learning the piano. Freeman moved to Nashville in 2015 to attend Belmont University where he received a Bachelor of Business Administration with emphasis in Legal Studies. While at Belmont, he began working as a tour guide with the Grand Ole Opry and soon after graduating was promoted to an administrative role where he assisted top level management on marketing strategy, business growth opportunities, and PR and artist campaigns. He then transitioned into radio broadcasting being heard on 650 AM WSM. He is an avid music collector, loves history, enjoys traveling, attending concerts and comedy shows, engaging in health and fitness, playing billiards, and most of all making others laugh. In this newly created role for our company, Freeman will be responsible for managing our vehicle fleet, working directly with new and existing clients, managing our social media presence, and assisting our administrative staff on various projects. 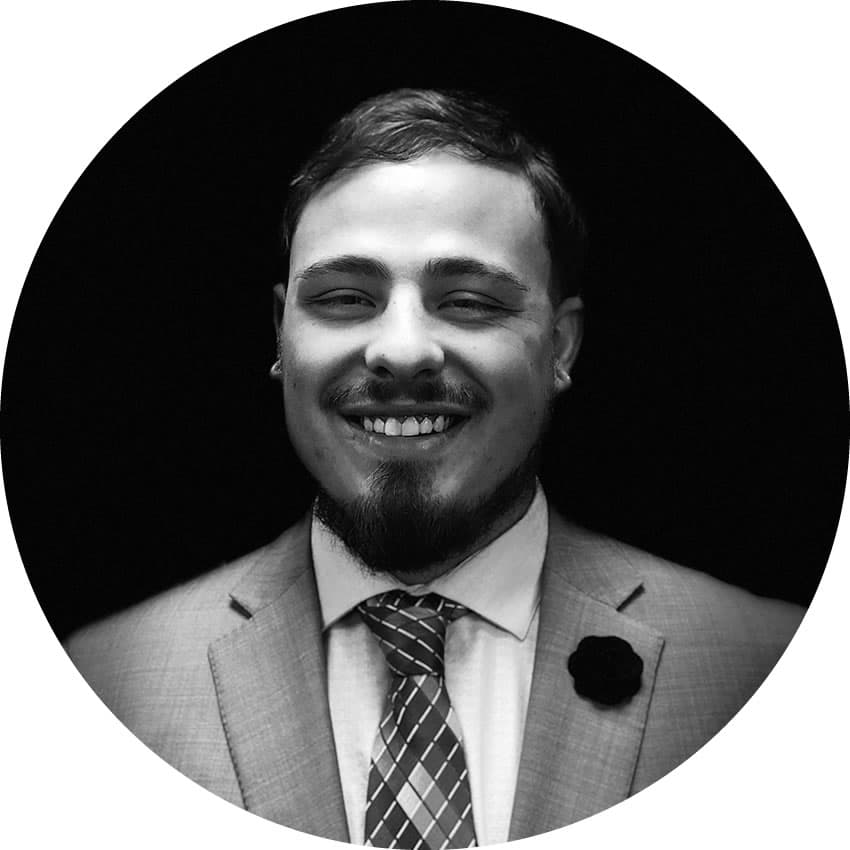 Jordan Byrd was first employed by Solaren in September of 2017 as event staffer. In May of 2019 he became a Project Assistant inside the Traffic Control Division of Solaren. Jordan currently oversees fleet maintenance and our traffic control device inventory. He is responsible for all vehicles, radio communications, and equipment utilized daily by the Traffic Control Division of Solaren. He routinely assists with the logistics of the Security and Law Enforcement Divisions on large scale deployment of resources. He is responsible for maintaining and keeping ready both of the Mobile Command Centers that Solaren uses on larger projects and out of state deployments. He grew up in Wilson County, Tennessee and graduated from Lebanon High School in 2011. He attended the Tennessee College of Applied Technology for Industrial Maintenance in 2013. He currently resides in Nashville, TN and is in a long-term relationship with Allie, whom he plans to wed. He is a self-proclaimed “gear head” and a dog dad. Jordan plans to expand his knowledge and experience and match the same wildfire pace of Solaren.

Solaren is a Leading Provider of Security & Police Personnel based in Nashville Tennessee & provides services to the Southeastern United States.

"Thank you for SAVING MY ENTIRE BUSINESS Solaren Risk Management, Your impeccable security team is incredible. You guys go above and beyond the call of duty for people!"

"I would say it’s a great company to work for you want part time work simply because your able to have very flexible hours which is great if you want some extra money. Management is very friendly as well. They make you feel like your not just another body of the company but instead like a key factor of the company." 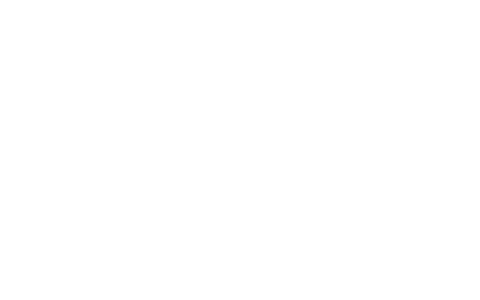