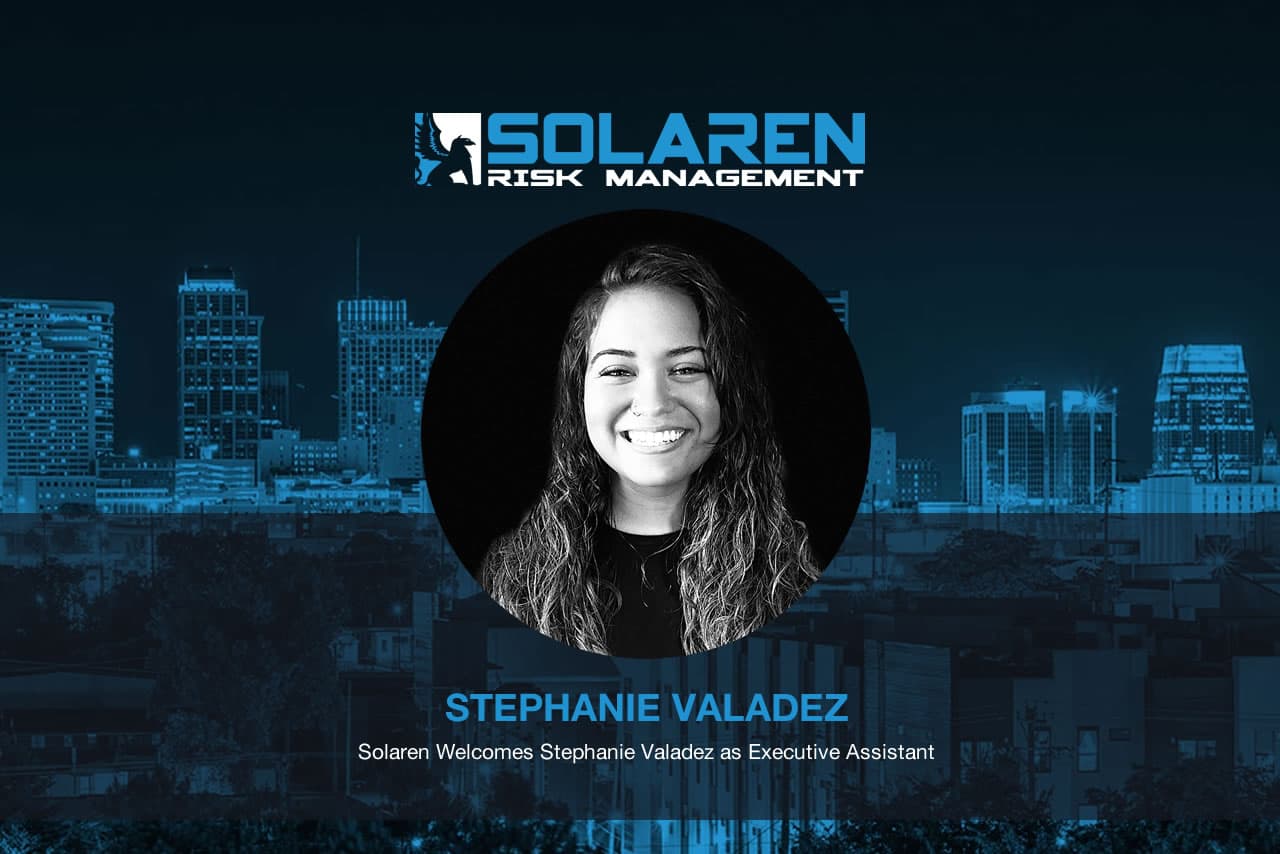 Solaren has continued its growth through the addition of welcoming Stephanie (Naomi) Valadez to the administrative team. Stephanie will be responsible for many administrative related tasks as well as filling in for Ms. Bethany Gill as our Law Enforcement Field Operations Coordinator while she is out on maternity leave. Stephanie brings new ideas and promise to the table and fully embodies our company values and mission statement. She will work closely with our CEO, Jack Byrd III as well as all other administrative staff.

Naomi was born and raised in Las Vegas, Nevada. After graduating high school, Stephanie enlisted in the United States Army and served for 3 years. She was assigned as an Airborne Medic in the 2nd Batallion, 503rd Infantry Regiment of the 173rd Airborne Brigade, better known as “The Rock”located in Vicenza, Italy. After spending 2 years overseas she was relocated to Clarksville, Tennessee where she now resides with her 3-year-old daughter. In her spare time, she enjoys hiking, traveling, spending time with her daughter, and doing Crossfit.

We are happy to have her as a part of the Solaren Family! – CEO, Jack Byrd III

Our holiday event took place at Tucker’s Gap in Lebanon, TN following strict safety guidelines. The evening was full of excitement and…

Solaren is happy to announce that Marty Flowers will be taking over handling all night time security needs for Solaren Risk Management.

Solaren was honored to donate their time to help out the city of Monterey as they held their annual Christmas parade December 5, 2020.

Byrd is giving back. He has spent the last six weeks working the downtown corridor assisting unhoused people.