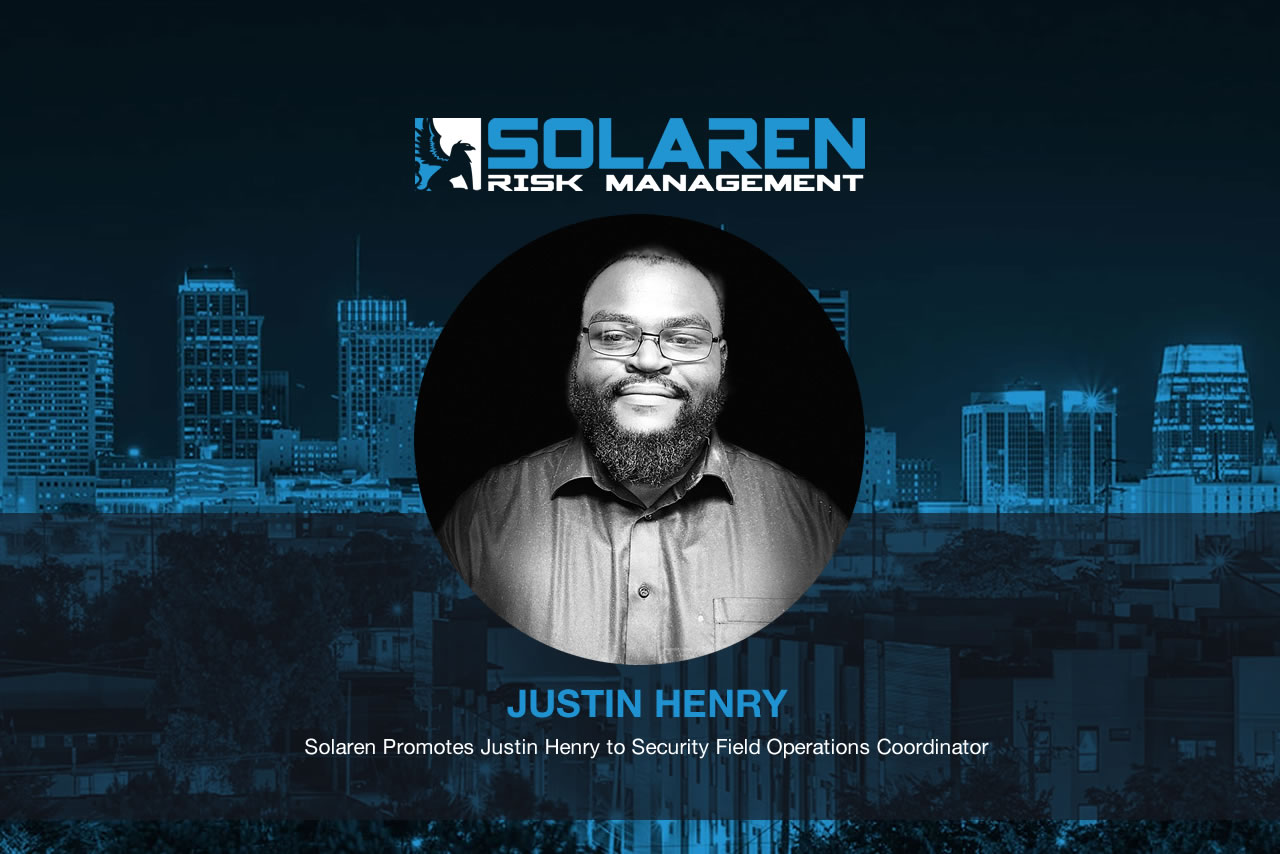 Solaren is pleased to announce the promotion of Justin Henry to Security Field Operations Coordinator. Justin has been a dedicated member of the Solaren family for nearly three years. During his time he has shown great character of leadership. He is a detail oriented supervisor, very approachable and available to anyone, and a good problem solver when tough times arise.

Justin was born in Clarksville, Tennessee. He was raised in New Jersey until he was about 6 years old. Solaren thanks his family who has a military background and has served in every branch of the United States Military . In his personal time, Justin considers himself to be a nerd at heart, and loves to be involved in comics and card games as a hobby. He is a gifted mathematician who tutors students on a regular basis. Additionally he is a pianist & guitarist. Justin started working at the age of 13 and has not stopped ever since. Being in the security industry for about 10 years.

“Justin is always willing to try, I have never known Justin not to step up and try something, and his commitment ecompasses what it means to be a Solaren employee” – CEO, Jack Byrd III

We had the pleasure of honoring two of our law enforcement officers for going above & beyond the call of duty; Mark Schmittou & Mark Stockdale.

Solaren Risk Management was proud to be selected by The American Society of Composers, Authors and Publishers (ASCAP) to be there vendor in the Nashville Market.

This year, for the first time, the city partnered with a contract security company to provide traffic control services for a large portion of the marathon route.

A record-breaking number of people packed Broadway Sunday night to watch one of the largest fireworks shows in the country and Solaren Risk Management played a pivotal role in the Safety and Security of Music City U.S.A.