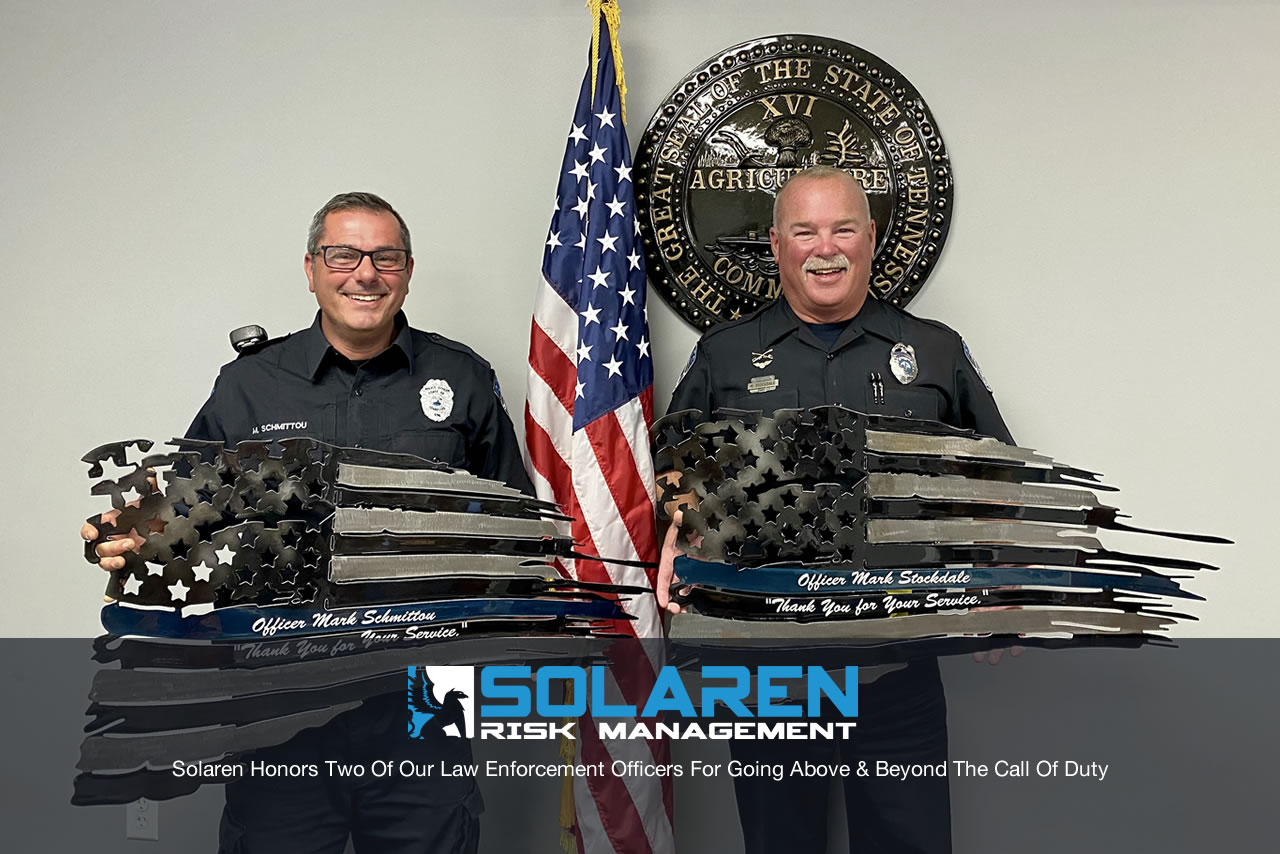 This week at Solaren Risk Management, we had the pleasure of honoring not just one, but two of our law enforcement officers for going above and beyond the call of duty. Mark Schmittou and Mark Stockdale of Solaren’s Law Enforcement Division were presented with our Acts of Valor award for their exceptional service.

One weekend night while working at a mall in Nashville, Officer Mark Stockdale was called about a large group of juveniles congregating and what appeared to be a brewing conflict among them. They seemed to be on the verge of a brawl when Mark arrived at the scene. While trying to defuse the situation Officer Stockdale noticed one young man reach into his waistband and begin to pull out a firearm. Officer Stockdale responded by drawing his own firearm and the group began to disperse in every direction taking Stockdale and other back up officers to the ground as they fled. Even in the middle of that chaotic moment, Officer Stockdale was able to assess the situation, respond appropriately, and keep everyone safe. We are happy to report that no one was injured and that the juveniles in question were apprehended later in the week after returning to the mall. We were able to recover the firearm and ban all responsible parties from the property. 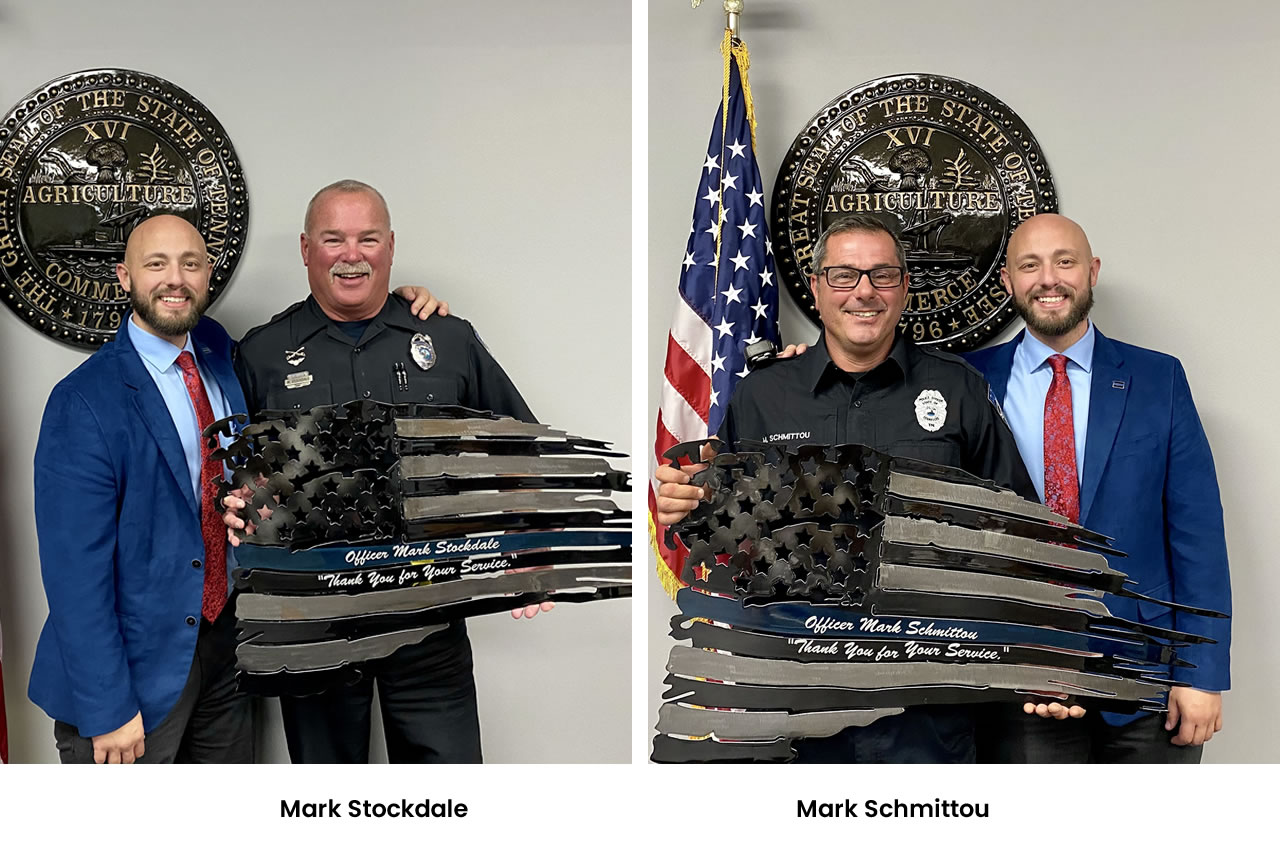 Officer Mark Schmittou was working traffic control downtown, when someone made him aware of a homeless man who did appear to be breathing. Upon hearing this Officer Schmittou jumped into action and found said man without a pulse. Without hesitation Officer Schmittou called for emergency services, and immediately began chest compressions.

When the ambulance showed up on the scene Mark had been administering chest compressions for about 7 minutes. Paramedics stated that if not for his quick reaction to help that this man would not have made it. Mark’s compassion for others is the reason he is alive today.

We at Solaren Risk Management are truly honored to have such courageous officers on our team! – Jack Byrd III

Working together for the common goal of raising money for the Andrew Jackson FOP Youth Camp, one of the longest standing foundations…

This four-day festival spanned five stages and hosted almost two hundred artists. Providing security for an event of this magnitude is no small undertaking.

Solaren is happy to announce that Marty Flowers will be taking over handling all night time security needs for Solaren Risk Management.

2020 Started Out Like Any Other Year – People Made Resolutions, Partied, & Vowed It Would Be The Best Year Yet

Most people had never heard of Coronavirus, so when reports of people in other countries being diagnosed with a flu-like sickness started pouring in, few thought anything of it.

Solaren Risk Management has joined alongside REKOR AI as a premiere partner. Solaren will be the regional service provider…

Allie has been a part of the Solaren team for nearly 3 years coming over from Traffic Control to Security Field Operations Coordinator.