2020 Started Out Like Any Other Year– People Made Resolutions, Partied, And Vowed That 2020 Would Be The Best Year Yet. 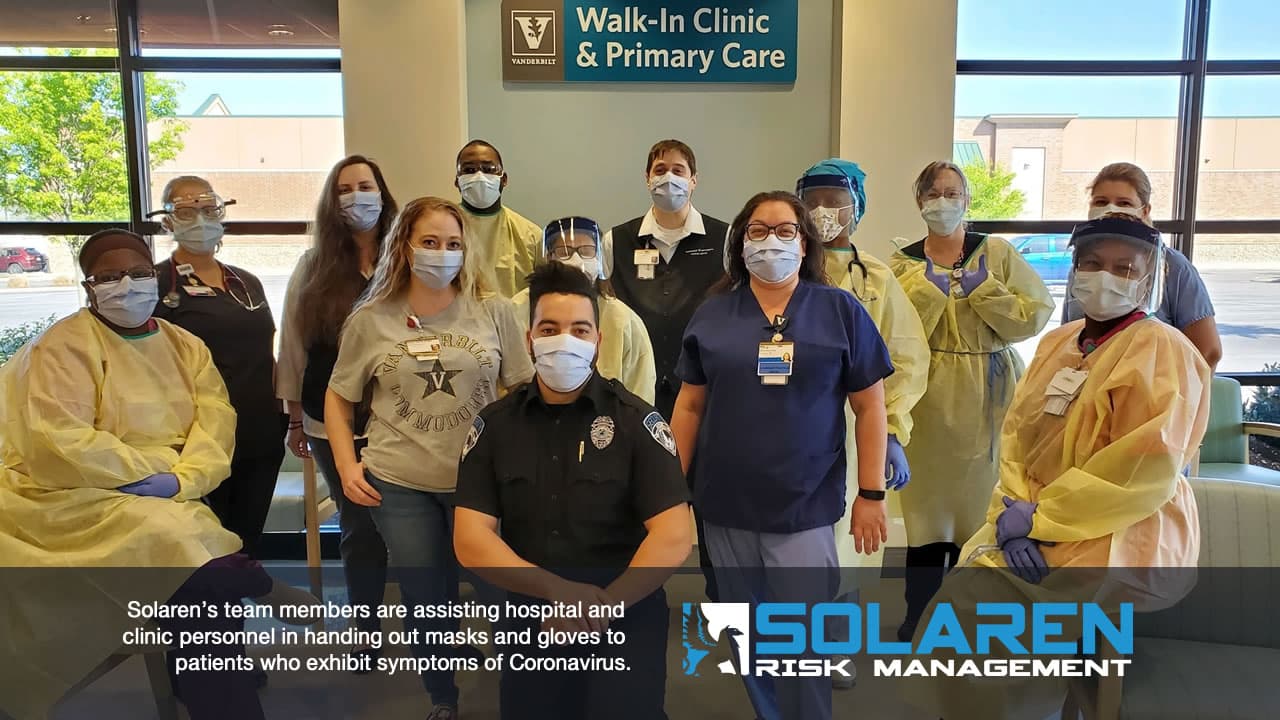 2020 started out like any other year– people made resolutions, partied, and vowed that 2020 would be the best year yet.

Most people had never heard of Coronavirus, so when reports of people in other countries being diagnosed with a flu-like sickness started pouring in, few thought anything of it. Little did we know how quickly everything would change. 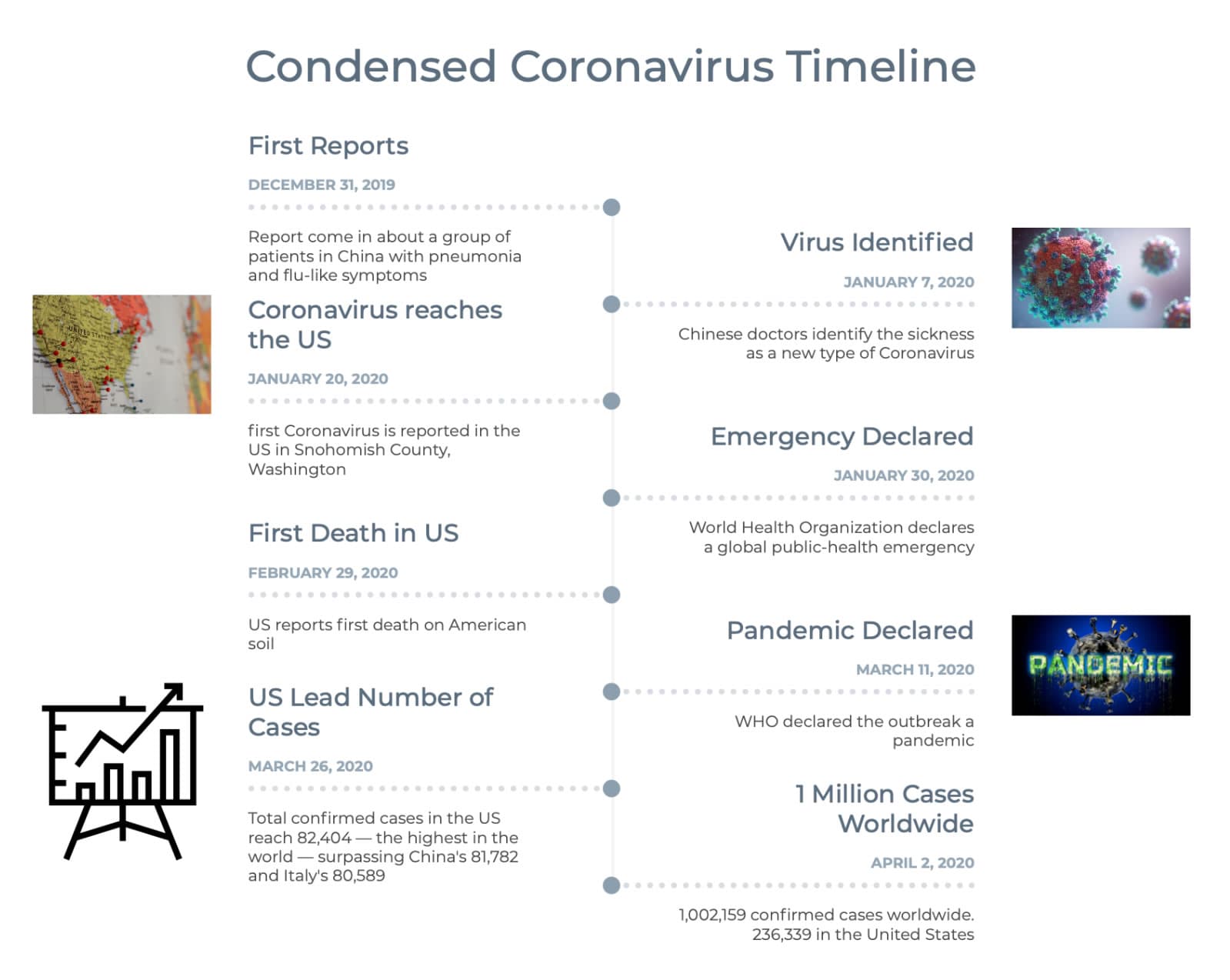 Less than a month after the first reports hit the news on January 20th, Coronavirus reached the United States: a man in Washington State had tested positive for the virus. At this point, most of America remained unfazed. Many had still not even heard of it. On February 11th, the World Health Organization gave this new strain of coronavirus another name: COVID-19.

COVID-19 began rapidly multiplying, and quickly making its way through the US. By now, most had heard of COVID-19 and were following its progression, though it was not the forefront of daily conversation the way it is today. Here in Tennessee, many residents were occupied by another disaster that had recently wreaked havoc on the state. In the early morning of March 3, an F3-F4 tornado swept across Middle Tennessee, causing widespread damage across four counties. The twister left twenty-four dead, making it the most deadly tornado in Tennessee in over two decades.

By March 5th – two days following the tornado – the number of worldwide confirmed Coronavirus cases had reached 96,000. While residents across the state were immersed in clean up and recovery efforts, a man in Williamson County was diagnosed with the novel Coronavirus. Throughout the month of March the number of cases exploded, seemingly overnight. Less than a month later, as of April 2nd, the world has surpassed the 1 million mark with 1,002,159 cases of COVID-19 confirmed. Furthermore, out of the 236,000 people in the US with the virus, over 3,200 of those are here in Tennessee, putting us at 15th in the nation for the number of cases. So far, thirty-two people in the Volunteer State have lost their lives to the deadly disease. Communities, states, and entire nations are on mandatory quarantines as officials attempt to flatten the curve, and prevent as many deaths as possible.

Since the tornado, and now with the Coronavirus pandemic, our staff at Solaren has been working around the clock to do our part to keep our community safe. Following the Center for Disease Control’s recommendation, Solaren has only deployed resources deemed as essential.

In our traffic control division, our crews have been assisting essential utility workers who are ensuring all residents have electricity, water, phone and internet, especially in areas hit hard by the tornado. Our certified flaggers assist in keeping the work zone safe and aiding the flow of traffic, so the workers are able to do their job safely, and motorists can continue their commute uninterrupted. 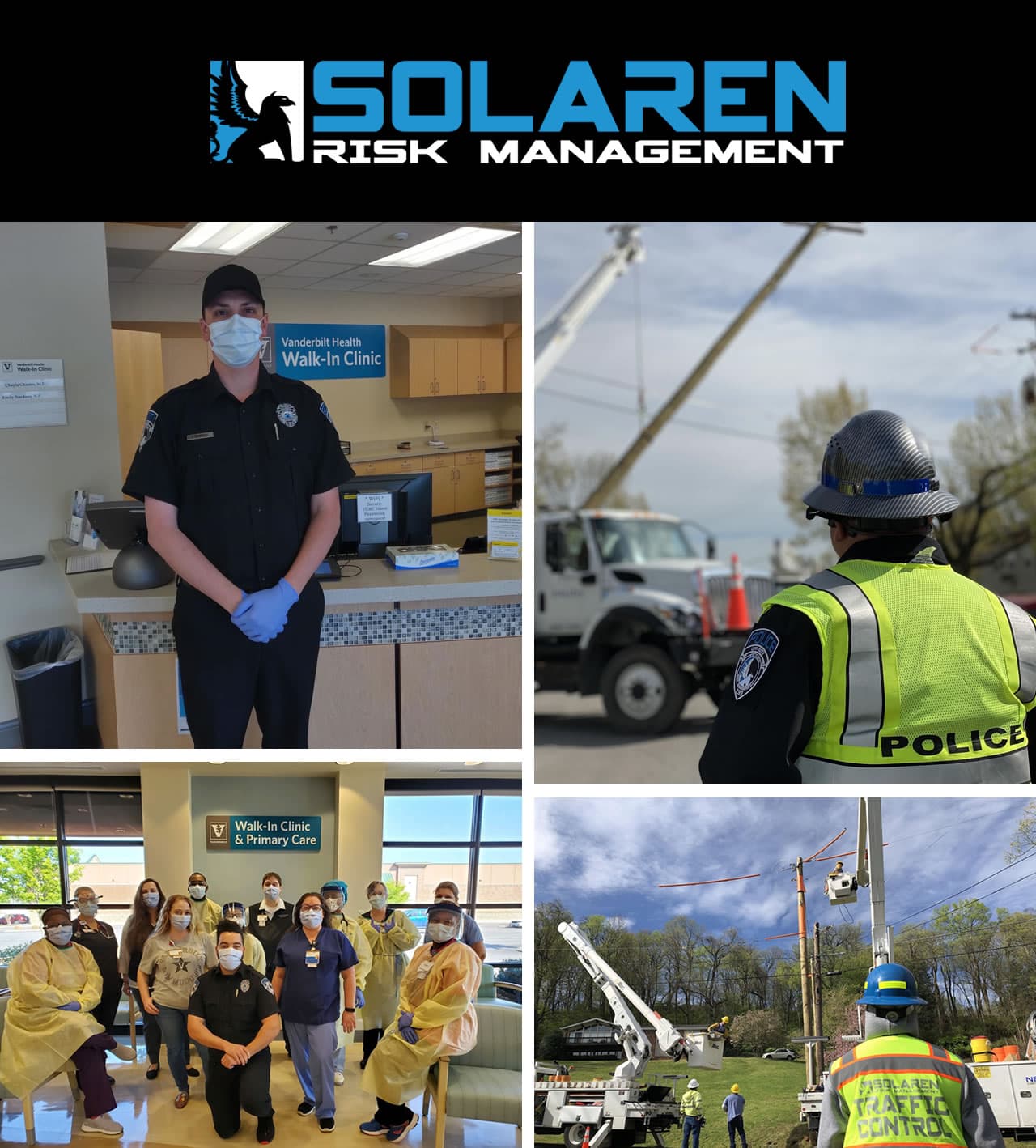 With hospitals and clinics overwhelmed with patients, our security and law enforcement divisions have taken on the task of helping to keep those facilities secure, and its employees safe. Our officers at Vanderbilt and CHS facilities are ensuring that patients in the lobby stay calm, and observe social distancing protocols while waiting to be seen. Outfitted with personal protective equipment of their own, Solaren’s team members are assisting hospital and clinic personnel in handing out masks and gloves to patients who exhibit symptoms of Coronavirus.

Many establishments have closed their doors completely under the advisement of the CDC, leaving their businesses empty and vulnerable. Our security team is conducting patrols as well as site surveillance for businesses forced to make the difficult decision to send their staff home until it is safe to return to work. Essential businesses that have been allowed to stay open, such as grocery stores, have been almost as overwhelmed as medical centers, as people panic to stock up on supplies to ensure they are prepared to quarantine, whether that is self or government imposed. Law enforcement and security officers are working with Publix, Kroger, and similar businesses to make sure customers are remaining calm and orderly, as well as to prevent any shoplifting.

Most people alive today have never seen anything quite like the COVID-19 pandemic that is sweeping across the globe. In these times, it is important for all of us to work together, follow the advice and mandates of government officials, and do our part to stop the spread of the virus. Solaren Risk Management is doing our part by working remotely when we can, ensuring only essential personnel are in the field, and practicing social distancing in all aspects of our business. Our company was built on our commitment to being safety aware, a foundation that will serve our clients well in these trying times. We are committed to keeping our staff, clients, and the general public safe while we all work together to flatten the curve.

Byrd is giving back. He has spent the last six weeks working the downtown corridor assisting unhoused people.

Working together for the common goal of raising money for the Andrew Jackson FOP Youth Camp, one of the longest standing foundations…

Solaren Partners Once Again In The National Night Out

National Night Out is an annual community-building campaign that promotes police-community partnerships and neighborhood camaraderie.

National Night Out Against Crime is a community-driven event where neighbors get to know each other and share concerns, strategies, and…