…as it Returns to its April Date 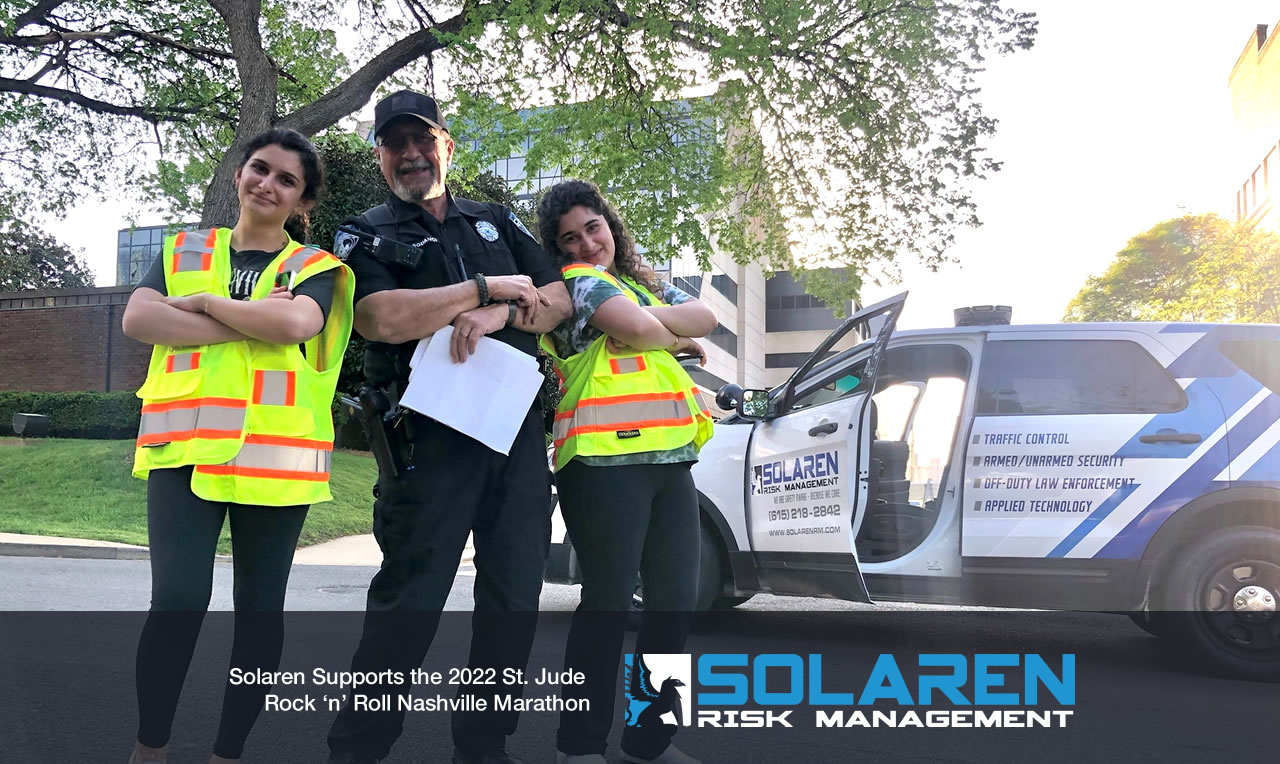 For the second time, Solaren Risk Management was selected to provide traffic control for a large portion of the 2022 St. Jude Rock and Roll Marathon. Solaren is proud to support and be a part of this premier event that benefits St. Jude’s and locally Vanderbilt Children’s Hospital. The following is a unique perspective from one of our employees who shared his experiences working this event.

The Nashville St. Jude’s Rock and Roll Marathon is a huge event that happens once a year. This year, for the first time since 2019, the event returned to its April date. Thousands of people ran a collective of over 10,000 miles through the 26-mile trek. Few have the drive to wake before dawn for an event like this, but those who do see the sun rise along the Downtown Nashville Skyline. These people prepare with treacherous determination for months on end, all for the simple goal of getting to that finish line. If you thought I was talking about the athletes running the marathon, I am actually referring to the countless people it takes to put an event like this together.

but I was given the firsthand opportunity to see just how many different cultures and communities that a large-scale event such as the St. Jude’s Rock and Roll Marathon can unite. On April 23rd, I woke up at 2am, drove to Nissan Stadium and began my day of ensuring safety for both the runners and workers who were manning street closures with Solaren Risk Management. I checked in hundreds of people to man posts and road closures before the sun had even risen. These individuals varied dramatically in culture and demographic. One moment you may see a retired officer finally getting the opportunity to bring his daughter to work with him. The next you may see people who literally showed up just for the complimentary meal provided and the opportunity to be a part of this event. Regardless of why, they all banded together to safely close 26 miles of some of the busiest roads in Nashville.

This provided a unique opportunity to observe and appreciate what a melting pot of culture Nashville truly has become. Once the race began, I was given the job of checking on each of the posts throughout the race to ensure our workers were safe, hydrated and their posts were running smoothly. I teamed up with a veteran officer named Carlo as well as an officer named Darryl who was on one of the fastest ATVs that I have ever seen. It quickly became quite an adventure. I was able to see the entire community come together as thousands safely ran the streets of Nashville to benefit St. Jude’s. 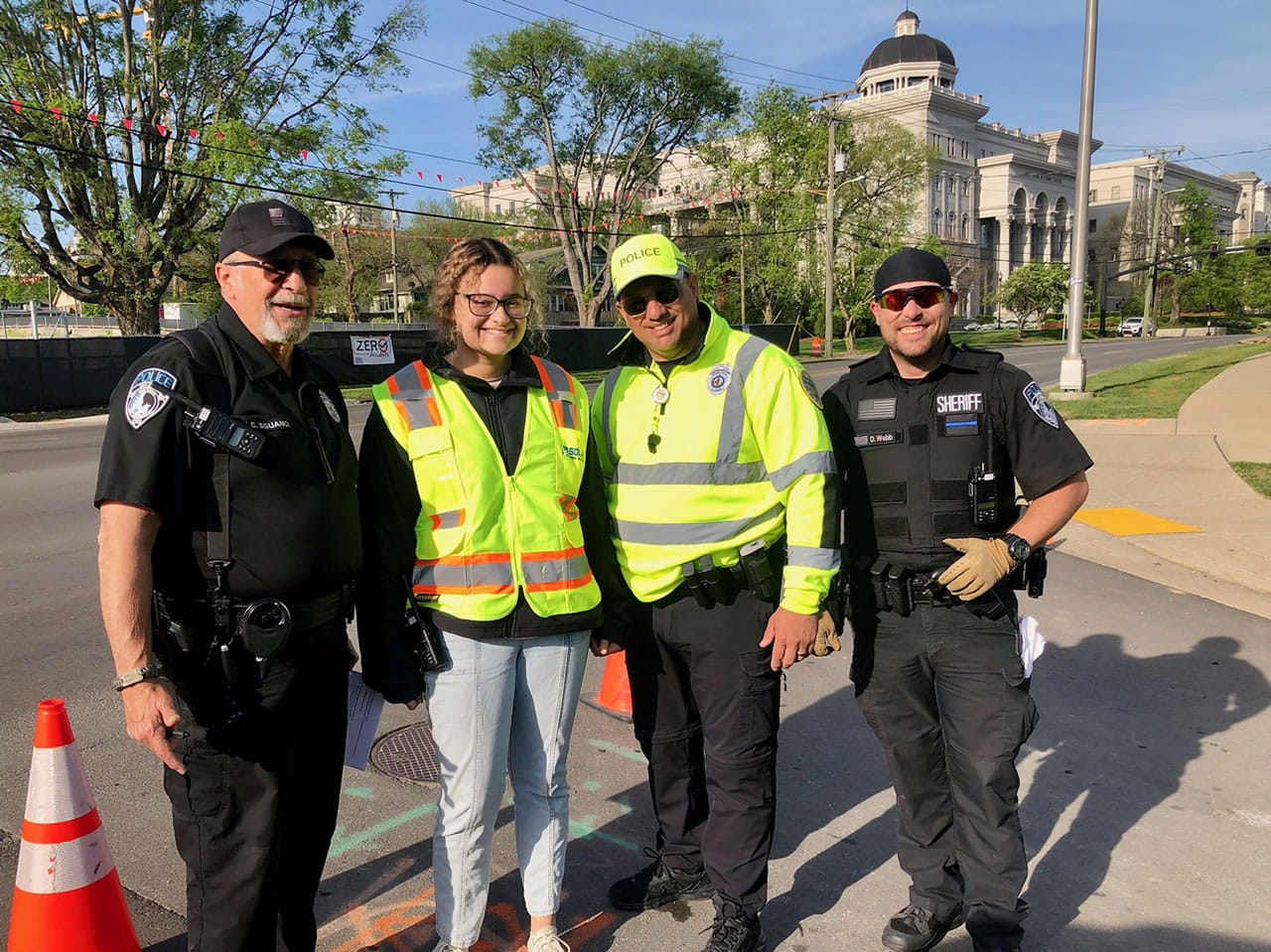 This community came together, and another historic St. Jude Rock and Roll Marathon took place safely

The most uplifting part of this entire process was to see how important this event was to so many people and why they decided to help make it happen. For some it was because the Children’s Hospital may have affected them in some way. Others were members of the community that the runners were coming through. Some individuals were brought on as an effort of community outreach, just eager and excited to be a part of this event and a part of Nashville history. No two stories were alike, but the goal remained the same with each post I visited; to ensure the safety of everyone involved and to uplift the runners as they ran towards their goal.

The difficulties that the runners went through to train for this event, parallel in many ways the obstacles that remained omnipresent in preparing the route, street closures, and posts for the marathon. Two areas heavily impacted by the marathon route were Belmont University and Vanderbilt Hospital. Upon my interactions, personnel at each post were working hard to assist motorists to find alternate routes around the path of the race so that they could reach their destination. We even assisted a doctor, who needed to get to Vanderbilt for an emergency. Throughout the course, I observed our personnel working hard to help everyone reach their goal, including those who were just trying to go about their daily routine. 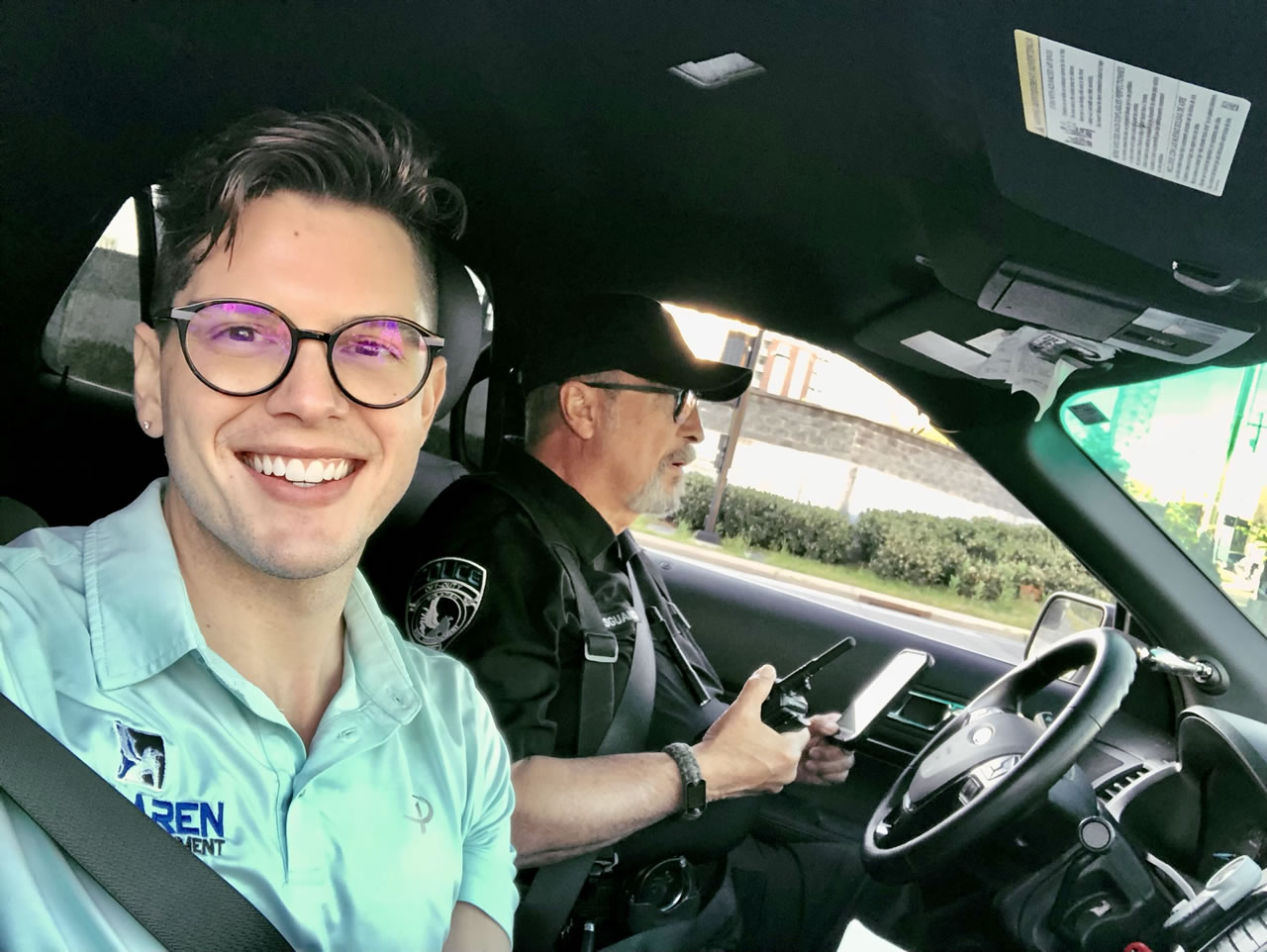 Overall, there are many different ways to “run” a marathon; from the athletes running, to the individuals creating a safe route for them to run through. The overarching theme I witnessed throughout the day, however, was the sense of community that the marathon provides to everyone involved. The ability to bring forth such a diverse sampling of demographics working toward the same goal was something to behold.

In the end, this community came together, and another historic St. Jude Rock and Roll Marathon took place safely thanks to the efforts of so many, including the personnel assembled by Solaren Risk Management.

Solaren Risk Management was honored to be asked back for our second year working the Pilgrimage Music & Cultural Festival which returned to Harlinsdale Farm in Franklin, TN this past weekend for its 5th consecutive year.