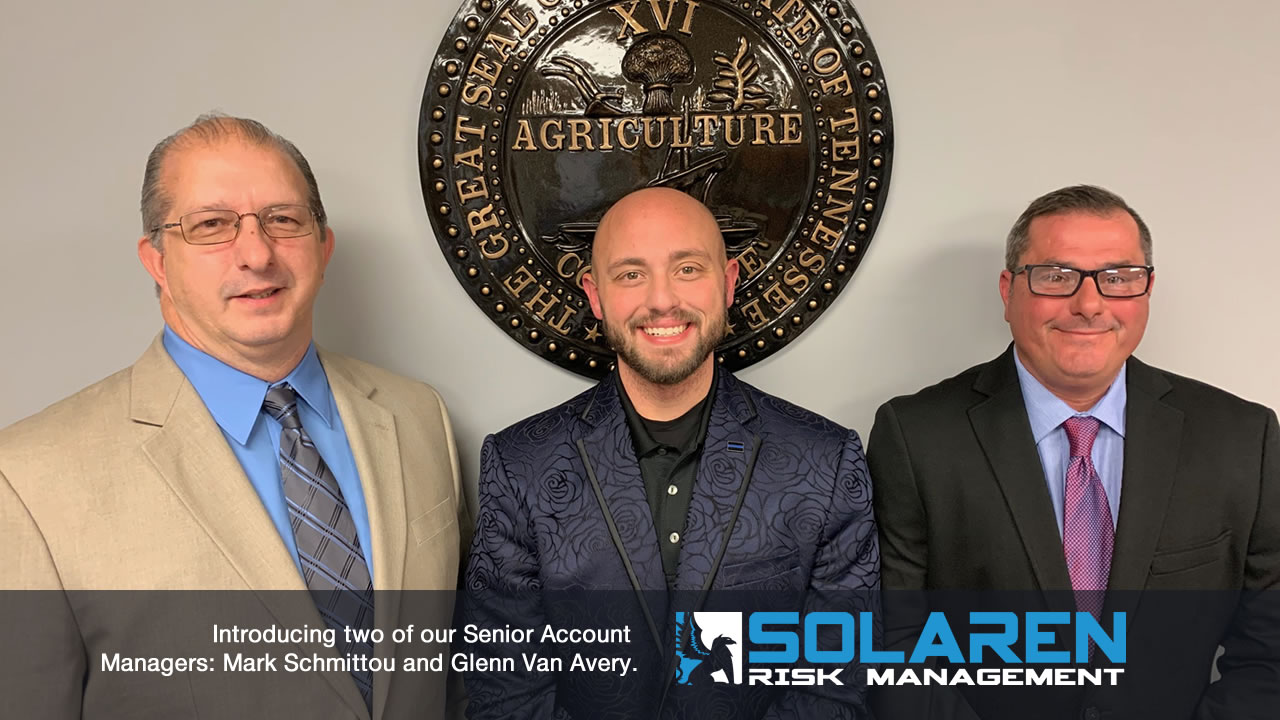 Solaren Risk Management would like to introduce two of our Senior Account Managers: Mark Schmittou and Glenn Van Avery. 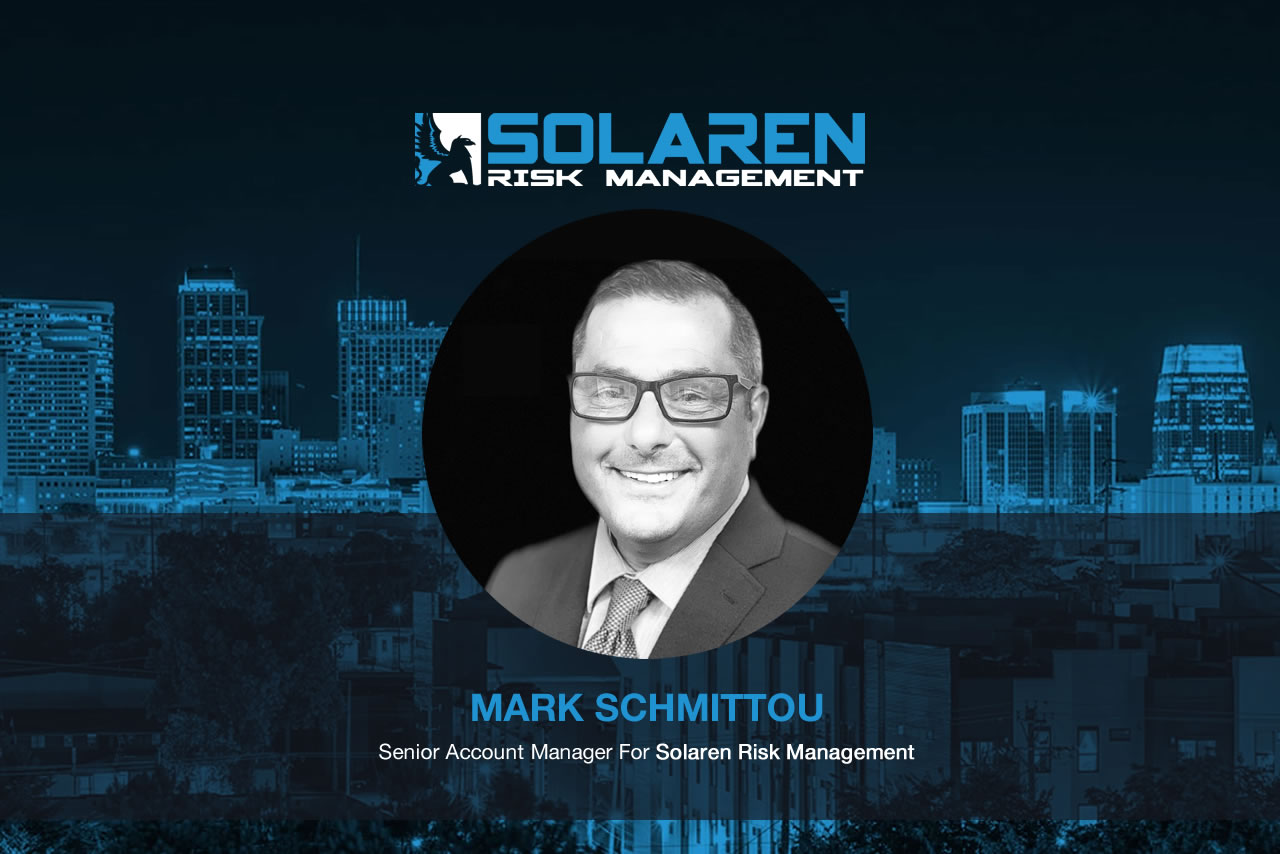 Mark Schmittou was born in Detroit, MI. When he was young, his parents left their careers at GM to move the family to a farm in Vanleer, TN. Mark served in the Army from 1989 to 1994 as a team leader in the infantry division, in Iraq, Egypt, and Korea. In 2010 he felt the need to help others and tried out for the police academy at George Stone Tech in Pensacola, FL. He graduated top of his class in 2011, and went on to work for the Gulf Breeze Florida Police Department before moving back to Tennessee. He joined the Solaren team in 2017. Mark is an integral part of Solaren’s account management team and has built strong relationships with our clients. Mark also serves in the Law Enforcement division of Solaren.

Mark currently lives in Columbia,TN with his wife, Melinda, to whom he has been married since 2012; He also has four children. He enjoys spending time outdoors, visiting the beach, and taking his vintage car to car shows. 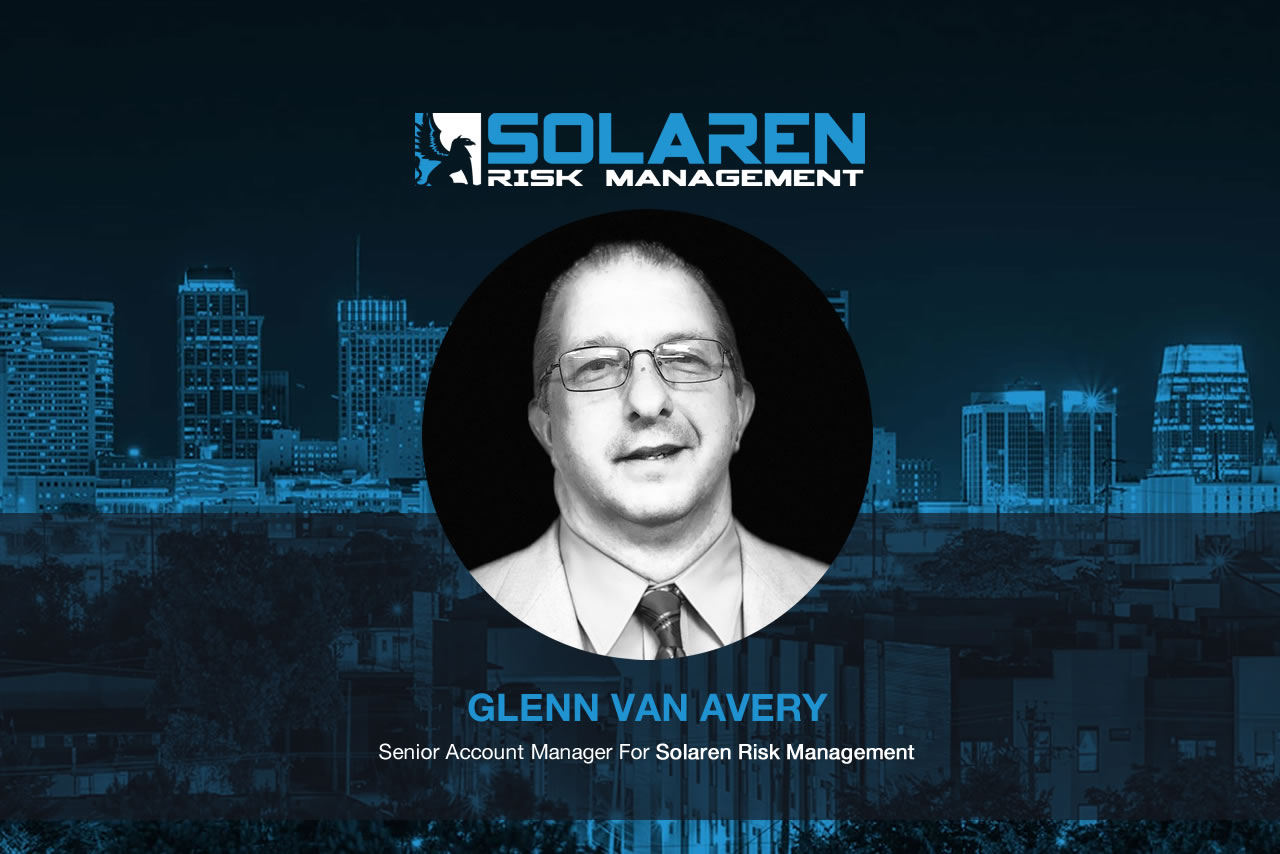 Glenn Van Avery is a native of upstate New York. He moved to Ft. Lauderdale, FL in 1984 where he was employed by Marriott International for eleven years, serving as a supervisor in restaurants and bars. More recently, Glenn has been heavily involved in the traffic control industry. He comes to Solaren with five years of experience. In those five years, he was instrumental in coordinating up to eight traffic control companies and crews during the Google fiber installation project here in Middle Tennessee. Customer service is where Glenn excels. He has over forty years of sales and customer service experience. He looks forward to bringing his customer service and strong leadership skills to Solaren.

Glenn currently lives in Nashville, TN, where he has been for the past fifteen years. He and his wife Daniela have been married for twenty years; they have two adult children, a daughter Hydi, and son Parker, who is currently a freshman at MTSU. Glenn’s hobbies include attending any event that involves his granddaughters who are active in school functions. He’s also a huge fan of the Pittsburgh Steelers and Boston Red Sox.

We are very thankful to have these two gentlemen on our management team and are thankful for all the energy they have brought, and will continue to bring to Solaren! – Jack Byrd III – Chief Executive Officer

For the second time, Solaren Risk Management was selected to provide traffic control for a large portion of the 2022 St. Jude Rock and Roll Marathon.

We had the pleasure of honoring two of our law enforcement officers for going above & beyond the call of duty; Mark Schmittou & Mark Stockdale.

Solaren Rings In the New Year!

Over 250 Team Members Deployed All Over The City Of Nashville Ensuring Celebration Stayed Safe. “Safety aware, because we care.”

Hydi Van Avery was born and raised in Ft. Lauderdale, FL. Growing up, she enjoyed playing softball, where she was a stand-out left-handed pitcher.

Nashville Pride Returned To Its Traditional June Weekend For 2022

On Monday, December 5th, Solaren held their annual Christmas Party and Awards Ceremony. The celebration was held at Monell’s at the Manor.